The Legacy of the Komagata Maru 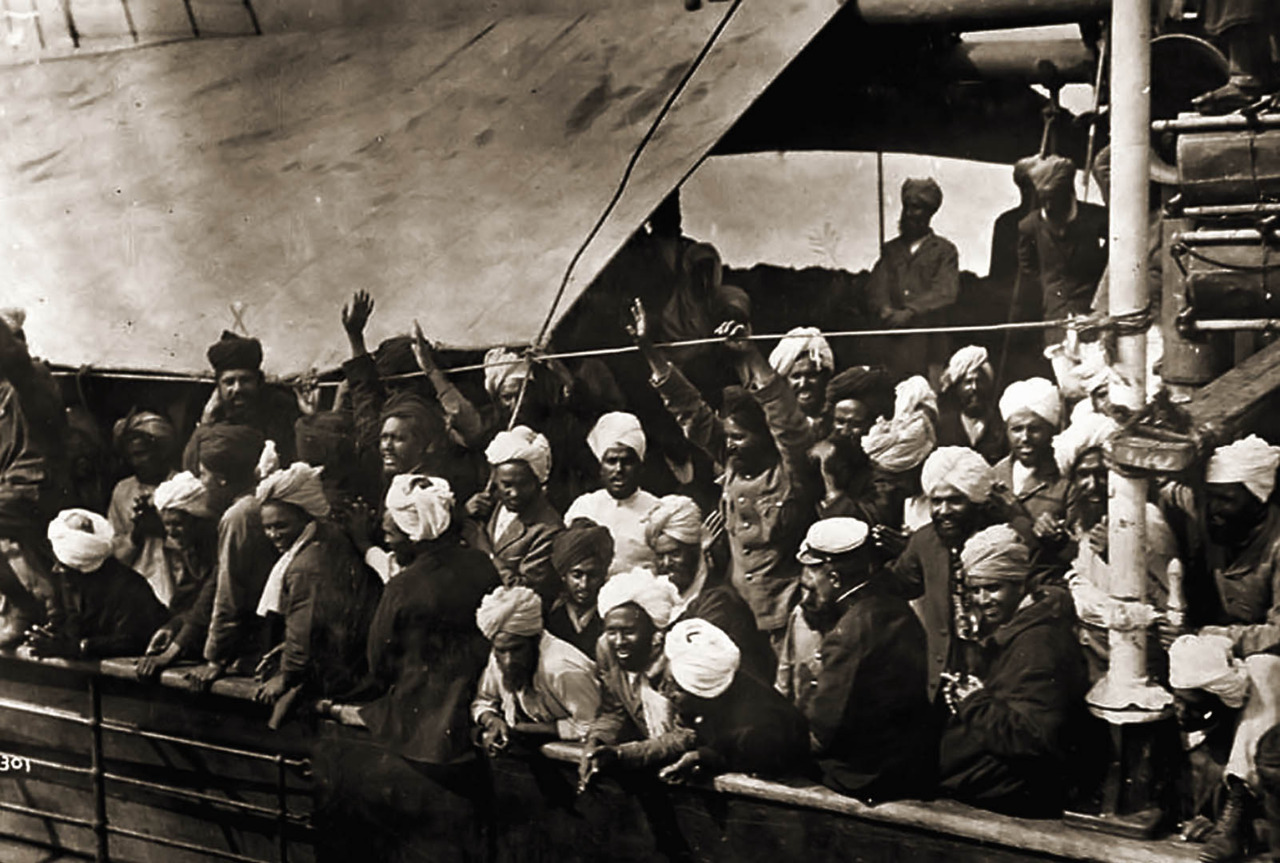 On May 18, 2016, Justin Trudeau will issue a formal apology in the House of Commons for events that took place surrounding the Komagata Maru. The ship arrived in Vancouver in May 1914, carrying 376 passengers of mostly Sikh descent, who were refused entry into Canada due to discriminatory laws. Dr. Renisa Mawani (Associate Professor, Sociology) and Dr. Anne Murphy (Associate Professor and Chair of Punjabi Language, Literature and Sikh Studies) have both conducted extensive research on the Komagata Maru’s legacy in Canada and abroad. The Faculty of Arts spoke to them about how and why we should remember the Komagata Maru, the importance of Prime Minister Trudeau’s apology and the need to address ongoing discrimination in Canada.

What impact do you think Prime Minister Trudeau’s formal apology will have? 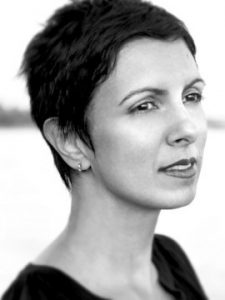 Dr. Renisa Mawani’s upcoming book  Across Oceans of Law, explores the global and maritime legal history of the Komagata Maru.

Renisa Mawani: Many people in the Sikh and South Asian communities in BC have been working tirelessly to receive a formal apology from the Canadian government for the events surrounding the Komagata Maru. It carries enormous symbolic value for many people. The Canadian government has apologized to Chinese Canadians for the Head Tax, to Japanese Canadians for internment during World War II, to First Nations communities for the violence of residential schools. And now, to Sikhs / South Asians for the deportation of the Komagata Maru. Apologies are certainly important. They suggest responsibility and accountability. However, I am concerned that this apology – like the ones that have preceded it – will be used as a form of closure, so that nothing concrete needs to be done to address Canada’s long history of colonialism and racism. The Komagata Maru is regularly described as a “dark chapter” in Canadian history. But this “dark chapter” has not ended. We see it clearly today: in struggles over migration, racism, xenophobia, and islamophobia.

Watch a video of Prof. Mawani speak about research on the Komagata Maru (part of the Peter Wall Scholars Speaker Series) 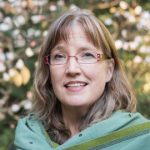 Dr. Anne Murphy developed a theatrical production based on three English or Punjabi language plays about the Komagata Maru incident in 2014.

Anne Murphy: I hope the apology will draw attention to the need for justice towards immigrants and refugees, as well as the need to remain attentive to the ways in which the force of law can bring about injustice, as well as justice. It is important that the apology be forward-looking: it is not a time to look back, but instead an opportunity to look forward. I hope the Canadian government will, in response, strengthen its commitments to supporting teaching and research in Canada about South Asia and about South Asian Canadian histories, experiences, and contributions to Canada. This can be done by supporting student research and travel in South Asia, community-based research in Canada, and less-commonly taught and low enrolment languages. I composed an open letter to the Prime Minister that asks the government to provide for a positive legacy in recognition of the Komagata Maru incident; it has been signed by 41 colleagues across Canada who teach and do research about South Asia and South Asian Canada.

Why is Prime Minister Trudeau issuing an apology for the Komagata Maru incident now?

Mawani: Trudeau’s decision follows on an apology initially made by Stephen Harper in 2008. Harper offered this apology for the Canadian government’s deportation of the Komagata Maru passengers at a cultural event in Surrey, BC. Members of the Sikh community were unhappy with the apology and asked that it be made formally in the House of Commons. Prime Minister Trudeau will issue his apology from the House of Commons tomorrow (May 18, 2016).

Murphy: This apology represents an opportunity to express full recognition and contrition over a tragic event in Canadian history. Stephen Harper’s 2008 apology was a step towards this moment; it did not, however, take place in Parliament, with full national recognition. The Komagata Maru incident has for too long been treated as a “BC thing” or a “Punjabi thing.” It is of course both of these things, but is not limited to them. It was an incident of national significance, through which a deeply racialized Canadian national identity was articulated and enforced. We must recognize that, and consider carefully how it relates to issues that are current today, such as immigration policy and procedures, the needs of refugees, and ongoing discrimination in Canadian society.

Q: How does your research explore the legacy of the Komagata Maru?

Mawani: The Komagata Maru left an important legacy in Canada. It was the first ship to be sent away from Canadian waters. Its deportation unleashed a set of nationalizing processes whereby immigration laws were tightened. Migrants from India were not allowed to enter Canada unrestricted until 1947, when India finally gained independence from Britain. The effects of the ship on Canadian immigration law has been well-documented by scholars, artists, and activists in Canada.

But what we know less about is how the ship’s voyage also dramatically altered border control and security regimes elsewhere. The US followed Canada’s lead in barring entry to Indian migrants.  But India also passed very repressive border control and security legislation. In September 1914, as the ship was en route to Calcutta, the Indian colonial government passed the Ingress into India Ordinance and the Foreigners Ordinance. These laws granted authorities unprecedented powers to arrest, register, and indefinitely detain anyone suspected of anticolonial activities abroad. The ordinances were in effect for 7 years (1914-1921); thousands of men were imprisoned and interned in their villages. My research addresses these wider implications. It explores the Komagata Maru’s consequences on legal regimes, beyond Canada, in the British Empire.

Murphy: I am concerned in my research with the ways in which the past impinges on the present, and so I have explored in my scholarship how the Komagata Maru incident has been remembered in Canada among both Punjabi Canadians and others. We did a theatrical production exploring this in honour of the centenary in 2014.  I believe the best legacy for the Komagata Maru would be for us to embrace fully the complex and long relationship between South Asia and Canada, and to create opportunities for our students to engage with it fully.

Why is it important for governments to address historic wrongs? How does remembering the Komagata Maru impact our attitudes toward present day events like the Syrian refugee crisis?

Mawani: Historical wrongs are not merely historical. They have significant and ongoing effects on the present and the future. We can see this very clearly with colonial occupations that have created violent forms of dispossession, some of which are evident in indigenous struggles for land, resources, and sovereignty today. But the legacies of colonialism are also evident in the politics of migration, the ways in western occupations and interventions have created mass migrations in which certain bodies are seen as expendable and others are given the protection of national and international agencies. These politics are playing out on a global scale today in the Mediterranean and in the devastating refugee crisis in Europe. My hope is that we, as Canadians and as members of a larger global collective, will learn from the past, from remembering events like the Komagata Maru. But I am skeptical. Borders are open for some and closed for others. Migrants are still turned away and left to die.

Murphy: The history of the Komagata Maru demands that we address ongoing inequalities in immigration policy today, and forces us to take a long and careful look at our policies towards refugees. Canada as a nation has much to gain from the politics of welcome, over the politics of exclusion that so many societies today are choosing. 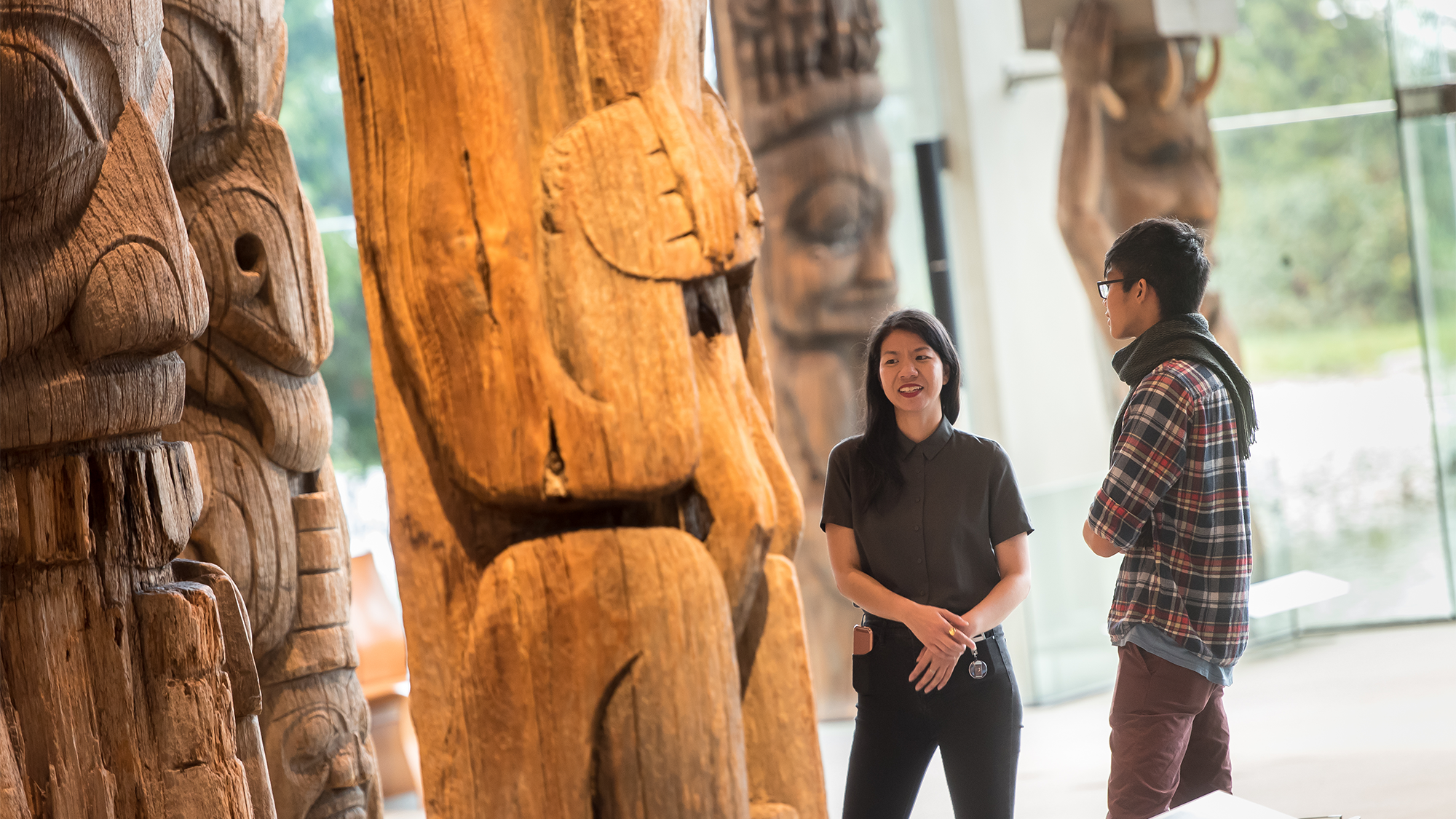 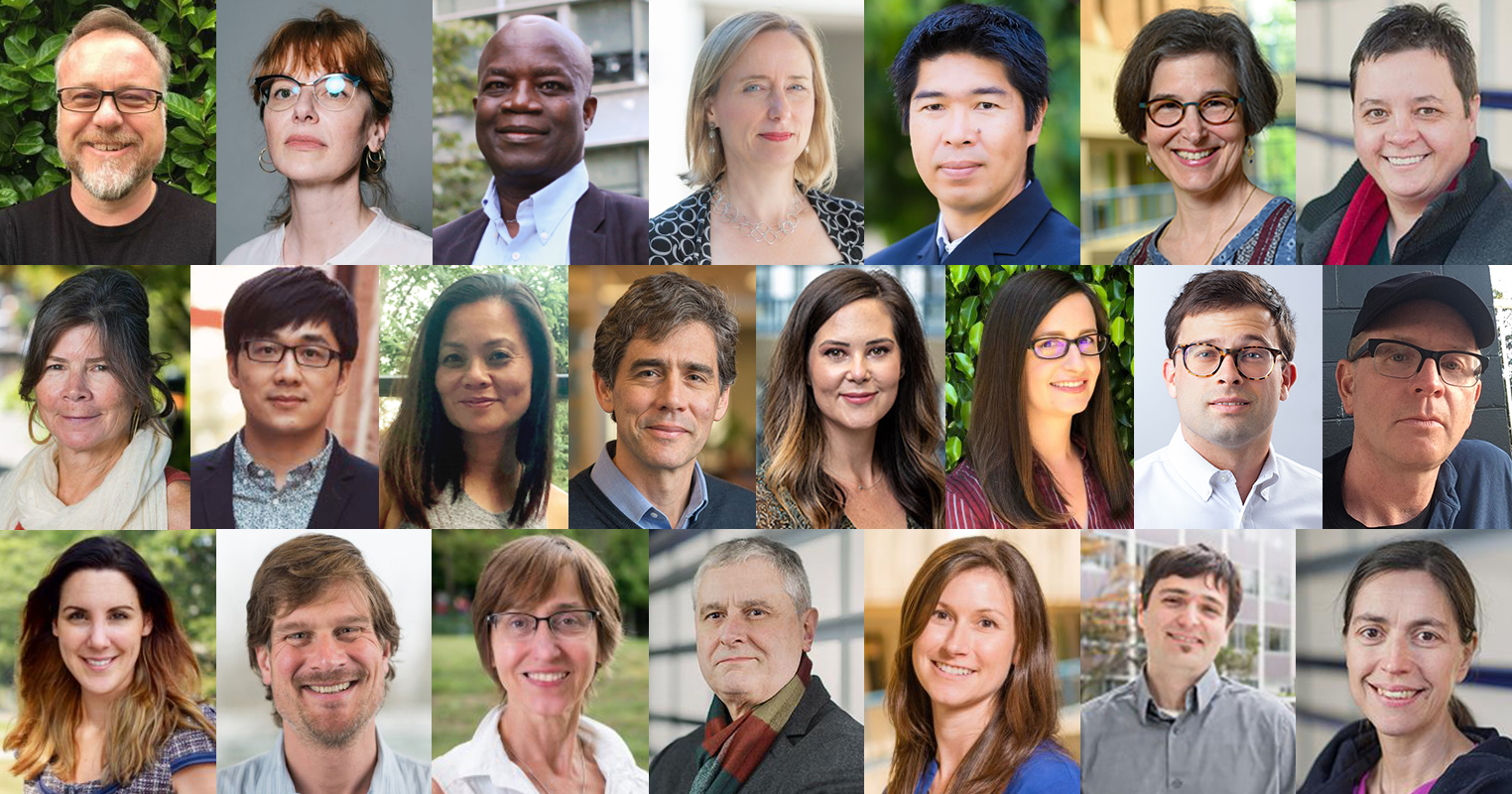 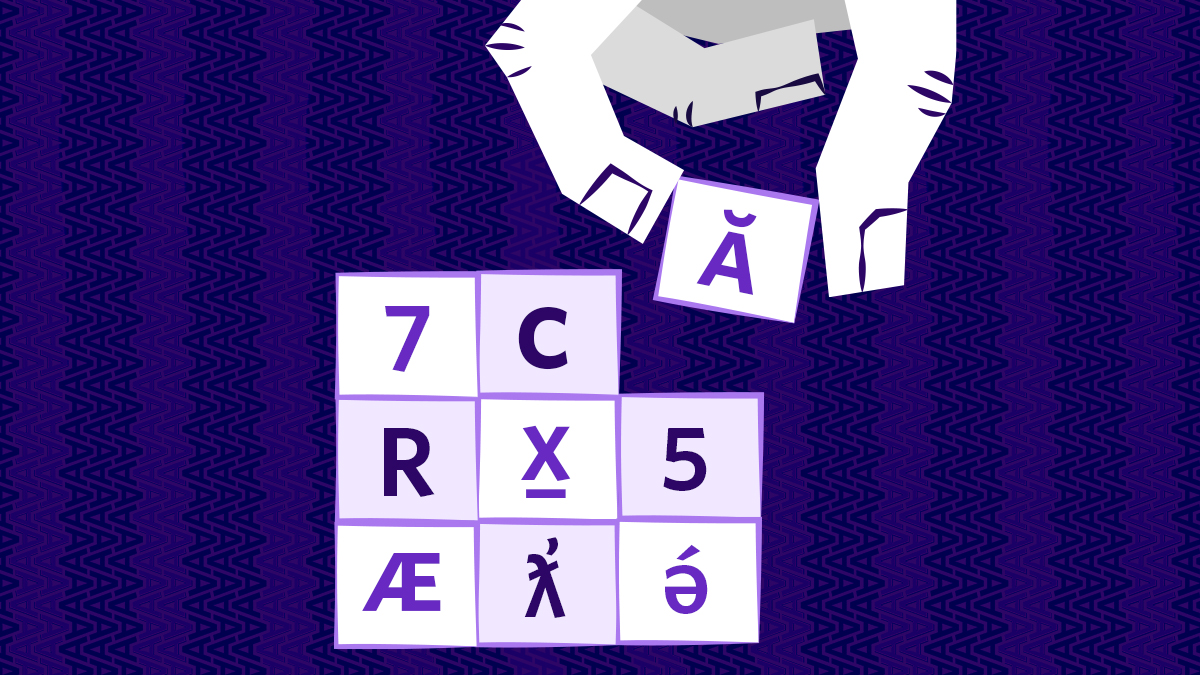