Religion in the Age of COVID-19 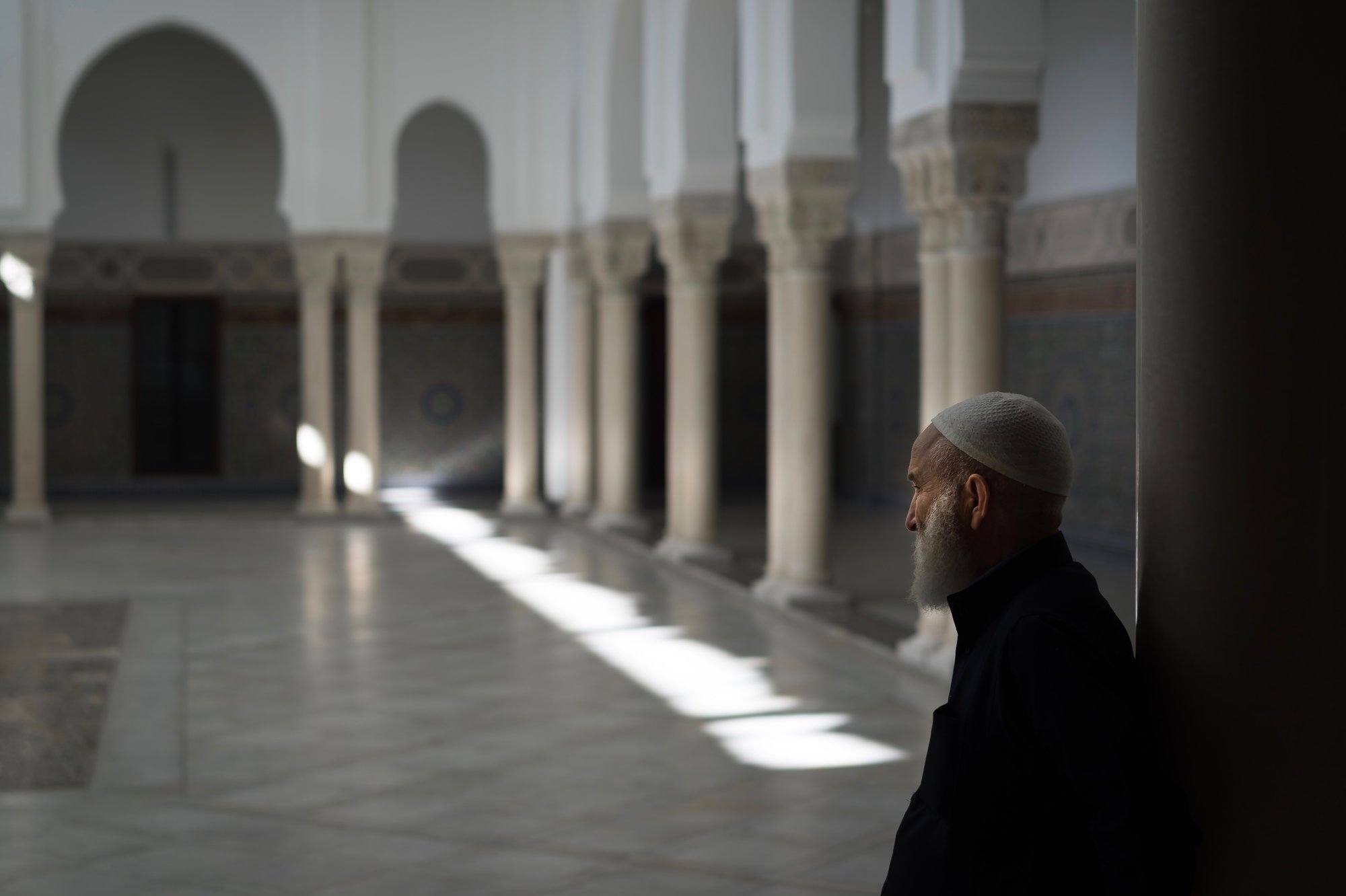 Ramadan, the holiest month for Muslims around the world, looks very different this year.

Due to COVID-19, worshippers have been forced to forgo the communal prayers and fast-breaking feasts with extended family and friends which are a hallmark of the festival.

Other religions are also grappling with the shutdown of centuries-old rites and rituals. Many worshippers and religious leaders have attempted to move to the virtual sphere: Synagogues are performing bar mitzvahs on Zoom, the United Arab Emirates have launched an online platform for weddings, and Catholic priests are administering Last Rites to dying followers over FaceTime. But the sensory elements and the feeling of community that are so essential to religion are lost, says anthropologist Sabina Magliocco, who chairs the UBC Program in the Study of Religion. The shift to online platforms also favours the privileged, isolating those who are uncomfortable with technology at the very time when they most crave spiritual community.

What will this mean for the future of religion and religious communities?

We spoke to Dr. Magliocco about how religions are finding meaning in the cataclysmic change brought on by COVID-19, and what the long-term impacts of this pandemic may be on religiosity.

“At a time when people most need religiosity, religion has become much harder to practice.”
Dr. Sabina Magliocco
Chair of the Program in the Study of Religion

What impact has COVID-19 had on religion and religiosity? 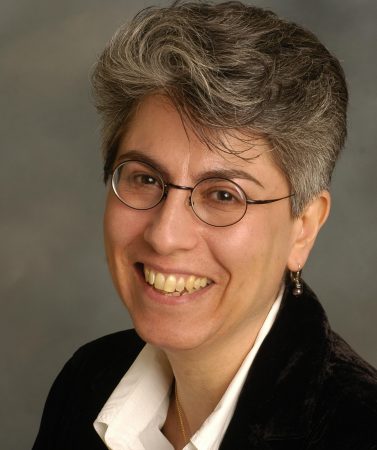 Dr. Sabina Magliocco, Chair of the Program in the Study of Religion

Religions are designed to bring communities together. The emergence of COVID-19 and the stay-at-home measures put in place to curb the spread of the virus have had an enormous effect on religious communities.

First, the virus has resulted in many deaths. The families of the dead have been unable to mourn them in community, to have the customary funerary rites that are part of their religious practice, which help families accept the death of their loved ones and begin the arduous process of mourning.  In some parts of the world, there have been so many victims that there are not enough religious specialists – priests, rabbis, or mullahs – to keep up with the burials. That leaves mourners in limbo and intensifies their grief.

In addition, the pandemic has affected the ability of people in religious communities to come together to worship and celebrate important seasonal rituals and rites of passage.  In the last few weeks, Jews have observed Passover, Christians have celebrated Easter, and Muslims have begun the holy month of Ramadan. These occasions, usually marked by gatherings of family and friends, have taken on a very different cast as members of these groups cannot come together.  Long-planned rites of passage such as weddings and bar- or bat-mitzvahs have had to be postponed, sometimes indefinitely, until a time when it’s safe to come together again, or completely redesigned with social distancing in mind. Weekly in-person religious services are no longer possible, leaving many religious people feeling bereft of community during a time of crisis, when they most need the comfort and support of religious practice. At a time when people most need religiosity, religion has become much harder to practice.

How have religious leaders adapted to physical distancing rules?

Luckily, humans are adaptable, and many religious leaders have scrambled to create new ways of observing religious practices using technology. For example, a number of Jewish families observing Passover seders were able to include relatives and friends using platforms such as Zoom, setting a place for the laptop at the table so families could celebrate together apart. The United Arab Emirates have launched an online platform for marriages, and some synagogues are now conducting bar- and bat-mitzvahs online. Because the virus is extremely contagious, hospital patients are kept in strict isolation. Those who are dying die alone, separated from family, friends, and religious specialists who can provide comfort. In some hospitals, Catholic priests have been administering Last Rites using Facetime and other apps. One advantage of online rituals is that members who do not live in the same area can participate together.

Other religious practices that necessitate face-to-face contact can be more challenging to adapt. Taking communion, an important part of Easter rites for most Christians, is one of these more challenging traditions, because it involves direct contact with the priest or minister who hands out consecrated communion wafers and wine. Some churches have held Zoom services and asked congregants to provide their own bread and wine, but obviously these have not been consecrated, so do not carry the same meaning for the devout. The sensory elements of religious services – the smell of the incense, the sound of musical accompaniment, the feeling of being in a sacred building surrounded by community members – are lost when services are broadcast over the Internet or television.

Workarounds that rely on the Internet inevitably favour the privileged. Those who do not have Internet access or are not comfortable with technology may find themselves isolated at the very time they are craving spiritual community. Stay-at-home orders have been particularly challenging for Indigenous, Métis, and Inuit communities, whose religious practices are often community- and place-based, participatory, and performative. They don’t translate well to an online platform.

How have state and church clashed when responding to COVID-19?

In some cases, leaders of religious communities have been at odds with political leaders in responding to COVID-19. The Pope clashed with Italian state authorities in wanting to keep churches open for solitary worship, even though gatherings were prohibited.

In the United States, a number of evangelical Christian ministers resisted state orders not to congregate by holding church services for thousands of congregants; one Florida pastor was arrested after holding such an assembly. While nations try to protect their citizens and lessen the burden on health care systems, some religious leaders see the virus as part of a divine plan, believing that God will protect them if they adhere to the proper rituals. Unfortunately, such practices put many people at risk, not only the religious practitioners, who then go out into society and risk infecting hundreds of vulnerable people who don’t share their beliefs.

Another unfortunate consequence of the pandemic is that some religions have chosen to blame minorities for the virus. Hindu nationalists in India have tried to pin the blame on Muslims, India’s largest religious minority, while in other parts of the world, some Christians have blamed the pandemic on LGBTQ+ individuals. As happens with many disasters, people look for someone to blame, and this impulse is directed towards groups that are already stigmatized, but who of course bear no responsibility for the outbreak. These kinds of accusations can lead to violence against minorities.

Do you think COVID-19 will have any long-term impacts on religion?

This depends on how long the pandemic lasts and society’s response. If the virus proves resistant to treatments and vaccines, we may see a new normal in which in-person religious services are available only to limited numbers, and involve protective measures such as the use of masks, gloves, and physical distancing.

The economic consequences of stay-at-home orders may lead to the disappearance of smaller religious organizations due to financial hardship. They may also leave the most vulnerable in society without access to spiritual support. For many groups, religious observance may move into the domestic sphere, with home observances enhanced by online meetings of the faithful.

On one hand, these trends may intensify an already existing tendency for religion and spirituality to become more individualized and DIY. On the other, they could lead to new opportunities to engage people through media they are already using, such as online gaming platforms, perhaps bringing in new members through the use of technology.  They will certainly extend the reach of religious communities beyond the local: it may not be unusual in the future to see churches, temples, and mosques with a global membership in which individuals interact with one another primarily through the Internet. Crises such as pandemics also typically lead to the rise of new religious movements and apocalyptic sects as religions grapple to find meaning in cataclysmic change.

Sabina Magliocco is a professor in the Department of Anthropology and Chair of the Program in the Study of Religion. She has published on religion, folklore, foodways, festival and witchcraft and is a leading authority on the modern Pagan movement. 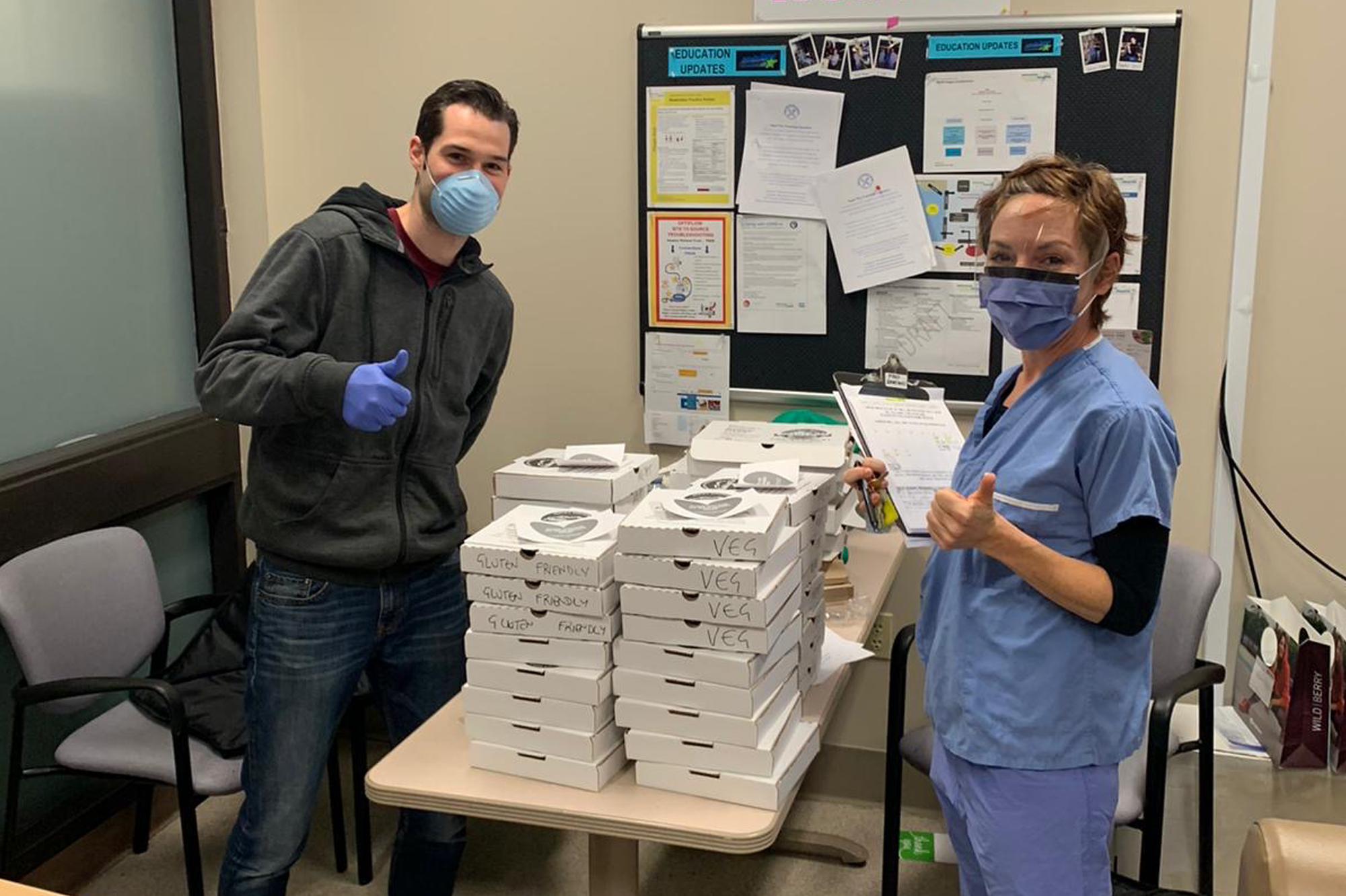 COVID-19 and Climate Change: A Q&A with Geographer Seth Wynes 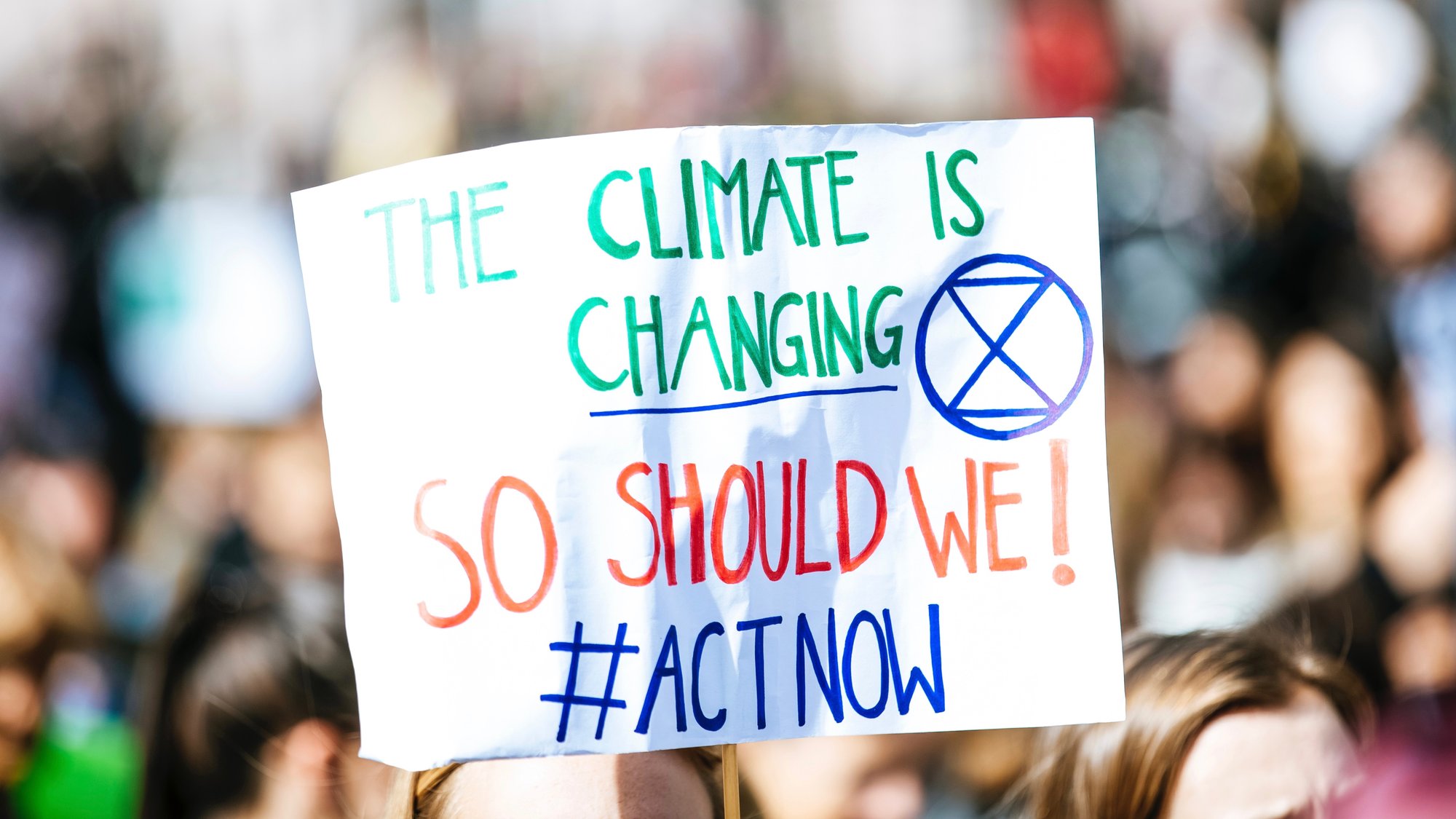 When crises collide: COVID-19 and overdose in the Downtown Eastside 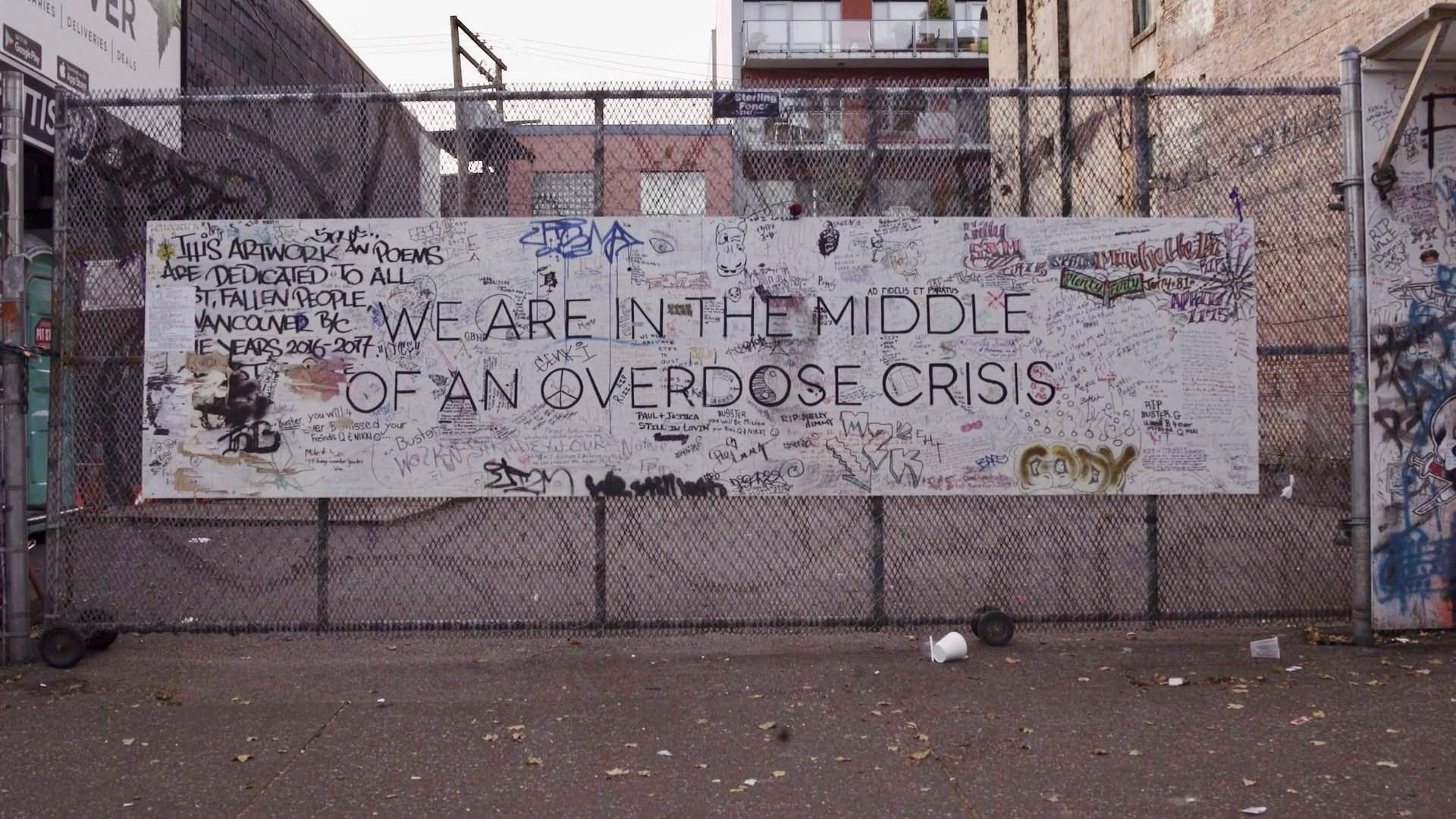